MAKING ITS DEBUT TO RAVE REVIEWS. . .

Ken Harrison, 36, Vice President of Comedy Development at a Big Three network, was right in the middle of TV’s most desirable demographic: men 18-49. Then misfortune enters stage left, and Ken’s comfortable world is suddenly fraught with shadows and uncertainty. Ousted from the network’s comedy department, Ken finds solace in his unread, undergrad’s copy of The Complete Works of William Shakespeare — and discovers Shakespeare’s mysterious Dark Lady of the Sonnets, a 16th century enigma whose identity has baffled scholars for centuries. 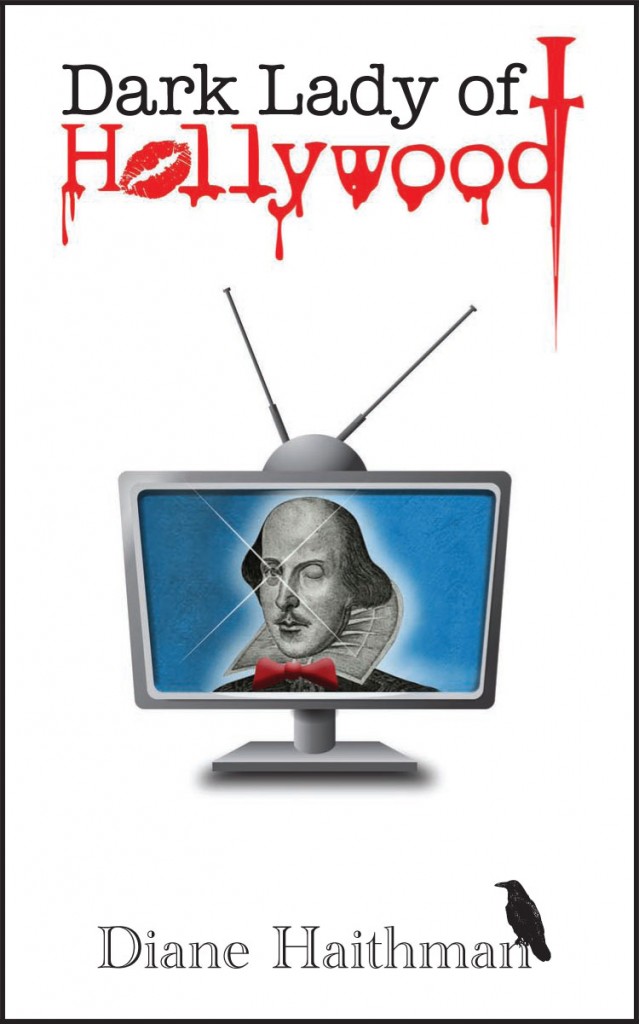 Praise for Dark Lady of Hollywood

All the world’s a stage when an actress and a terminally ill TV executive meet in this biting comedy. It takes a special kind of talent to simultaneously skewer Hollywood and Shakespeare while writing a thought-provoking novel, and Dark Lady of Hollywood proves Diane Haithman has this genius. — Jill Allen, ForeWord Reviews

Link to the full review: https://www.forewordreviews.com/reviews/dark-lady-of-hollywood/

At once hilarious, sly, cynical, sublimely entertaining and spectacular, crafted with an irreverent flair and an insider’s self-assurance. You absolutely need to purchase a copy — or, as Haithman says, “If you buy two copies, it’s twice as funny.” — Ray Richmond, Burbank Leader

A finalist in the William Faulkner Creative Writing Competition, Haithman’s hilariously funny novel gives readers a bird’s–eye view of the Hollywood machine and its players. With witty, fast-paced dialogue and characters readers will cheer for, this debut is a deeply satisfying story of love, loss, and acceptance. –Carol Gladstein, Booklist

Dark Lady of Hollywood is available at Barnes & Noble, at Harvard Square Editions, as well as at Ingram, Gardner’s, Amazon Kindle, and others.