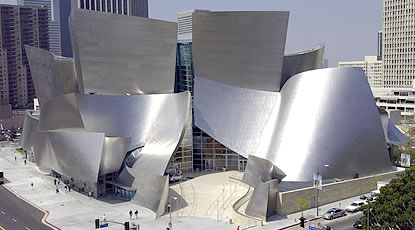 Gustavo Dudamel doesn’t take the helm of the Philharmonic until 2009, but he’s already a sensation. 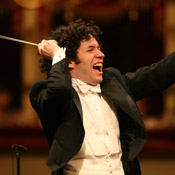 On Friday, for the first time ever, the Los Angeles Philharmonic could boast a sellout crowd for an installment of its “Casual Fridays” concert series at Walt Disney Concert Hall — and the appeal was not just the chance to see a cellist or a tuba player wearing blue jeans instead of black tie. Read the Rest of this Story »

A wuv affair with arias

Aiming for elegance or playing against it, pop culture has found the high emotion inherent in opera too tempting to pass up. Whether it’s a wabbit mangling Wagner or Beyonce belting out Bizet, it brings lofty music down to earth. 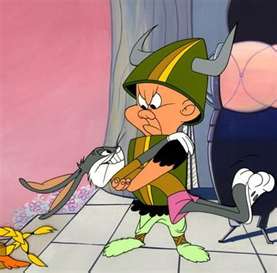 It seeps into your system like some kind of musical secondary smoke: Unless you grew up in another country — or perhaps on another planet — you probably first absorbed some of opera’s most famous arias not in an opera house, but from pop culture.

And now, when you actually go to the opera, you can’t get that first listening experience out of your mind — no matter how lowbrow the source or how long ago it occurred. Read the Rest of this Story »

What ‘Friends’ is for

His TV job as nice-guy Ross allows David Schwimmer the freedom to play a Hollywood sleazeball in ‘Turnaround,’ a collaboration with some real pals.

David Schwimmer is describing an awkward moment that occurred during a recent rehearsal for “Turnaround” at the Coast Playhouse and the creative suggestion that co-star Jonathan Silverman made on how to break the ice. Read the Rest of this Story »

Culture: Forces of art and finance seek to resolve clash over completing designer’s vision of facility.

The worlds of art and money often collide explosively–and in no discipline do they do so with more public impact than in the world of architecture, where form, function and funding struggle to co-exist.

Los Angeles architects say the battle remains fierce and ongoing. And downtown’s Walt Disney Concert Hall, the planned new home of the Los Angeles Philharmonic, has become that battle’s most visible example–as its design architect, Frank O. Gehry, threatens to withdraw his involvement with the project because of disagreements over who should proceed with architectural and building plans. In a letter to powerhouse business leader and arts patron Eli Broad last Friday, Gehry said he could not continue with the project under the guidelines set up by Disney Hall officials, saying his work was only 75% done. Read the Rest of this Story »